Conservative Paul Nehlen is the first politician to propose federal “shall not censor” legislation for social media giants.

Paul Nehlen is challenging Speaker Paul Ryan for his House seat in the GOP primary.

Conservatives are frequently banned, blocked, intimidated and shut down by Twitter and Facebook for posting conservative messages.

Paging @RepThomasMassie to take up this "Shall Not Censor" legislation and be our Free Speech champion on the Hill. #ShallNotCensor pic.twitter.com/o9Y2Dr7E9C

Here’s the proposal by Paul Nehlen: 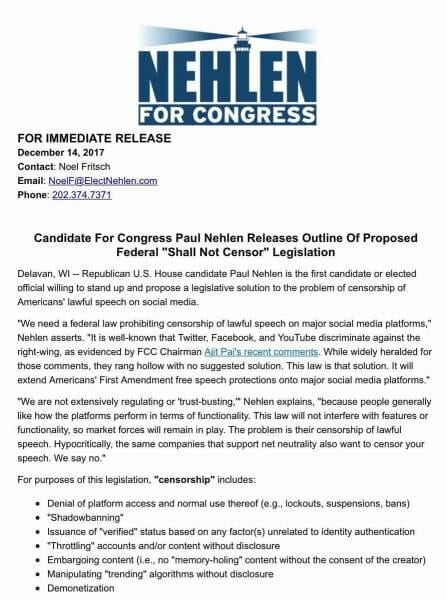 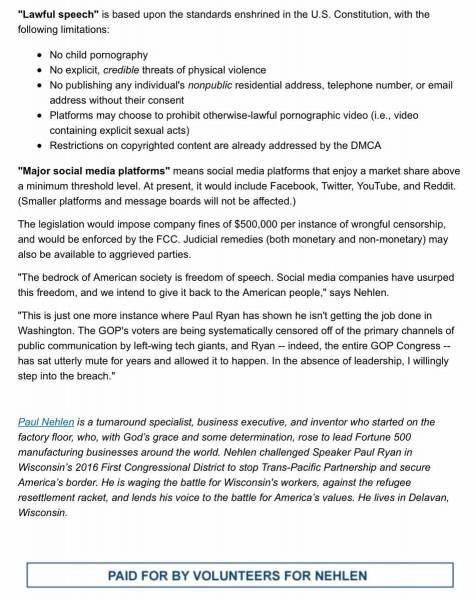 This is a good move.

The power of the social media giants and their thought police is out of control.