What Does America First Mean? #NoCuckZone

It means not backing down to people like this, and putting America First into action with every breath you take.

Hey, Paulie, this is Villa Morrison from Pipeline news in San Francisco, and I’d like to talk to your Jew hating ass and have you explain to me exactly what you have against Jesus the Jew. You can call me back. You can see the number. Bye. Bye bigot.

Yes, this message is for Paul Nehlen. Wow, what a racist fuck. This is 2018 and you’re running. You are sick. sick ignorant to scrape and despicable Peace Ciao you racist bitch. Talk and go home?

Subject: You are trash

As are those that continue to support you and your racist ideologies. Please think about doing your constituents, the state, and the country as a whole a favor and drop out or better yet move out of the country, perhaps mars, as we need no more of your juvenile, racist antics. Wishing you the day you karmically deserve.

Fuck you, alright. Fuck white supremacy Fuck Paul Nehlen and fuck you for supporting them piece of shit.

This message is for Paul Nehlen and and all of the lunatics that are supporting him and trying to get him elected. I’m just one of the many many many many people that reported Paul to Twitter and got his account suspended. So we just want to let you all know that hate will not be tolerated in our country. And we’re going to take care of it. Have a good day.

Calling for the little fucking faggot boy punk ass boy. I’m I’m in the streets boy, but the weather’s good at you boy. Call us nigga to our face boy.

Hey, you little fucking faggot. Why don’t you be a big man and come out in the streets and call some about some black person a nigger. That’s what you tryna to say with that Twitter post a little bitch whynch you to be a man what’s wrong with you to the little dicks, and I did I call you a little dick you an Trump all the all from the your hand probably small like his little bitch your me watching let me come over and fuck your wife properly for you. You little homo punk ass bitch. 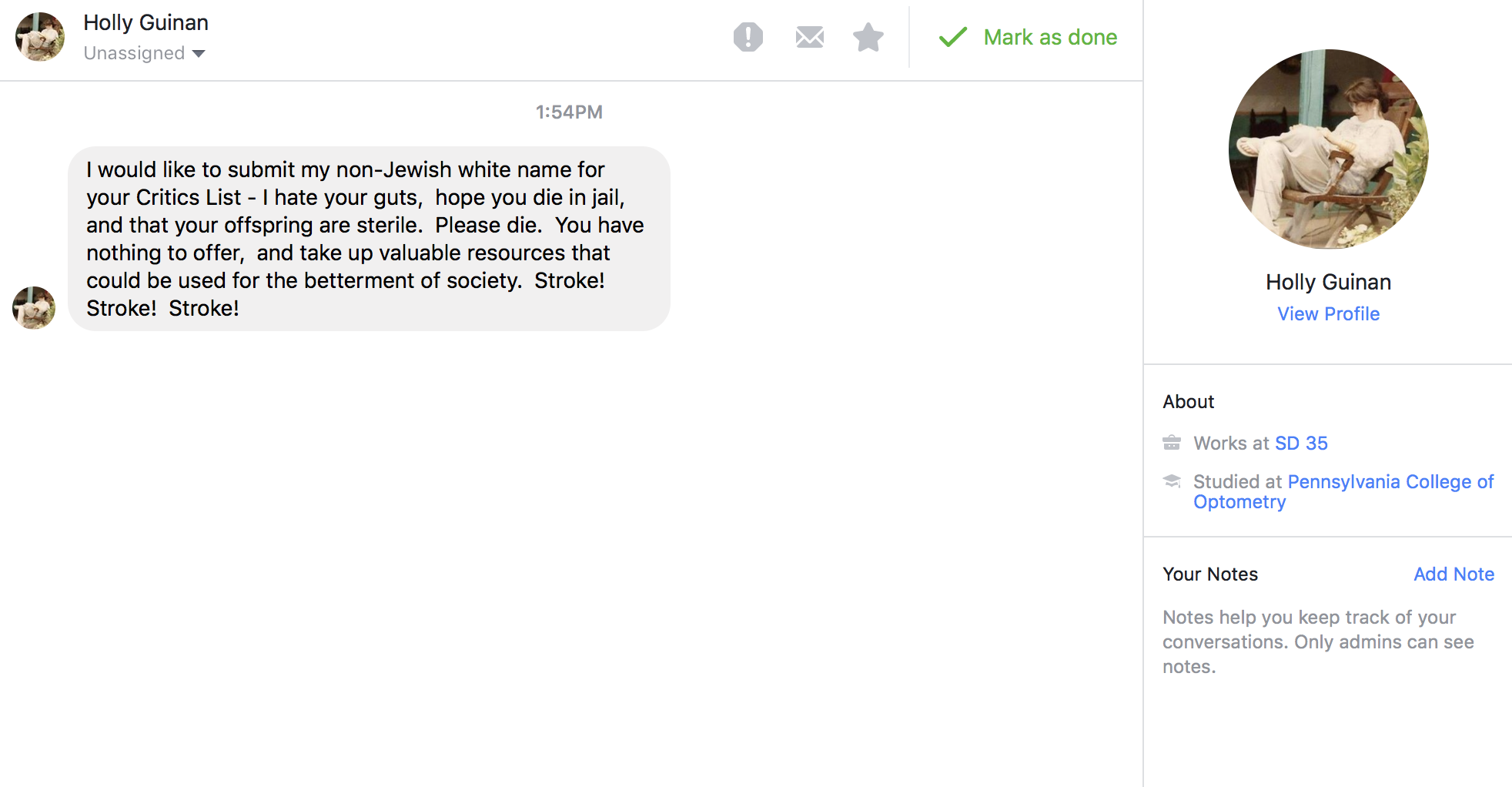 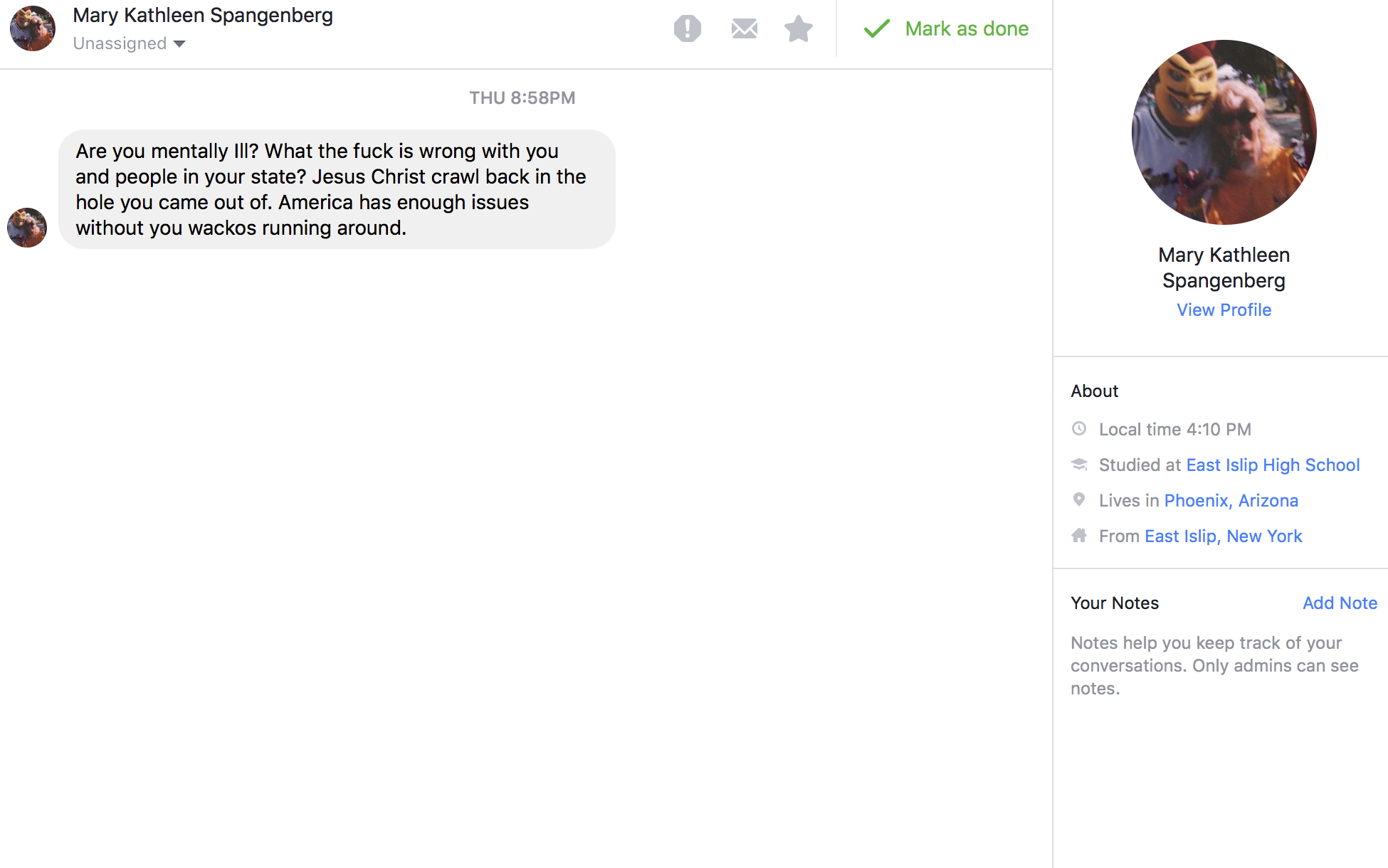 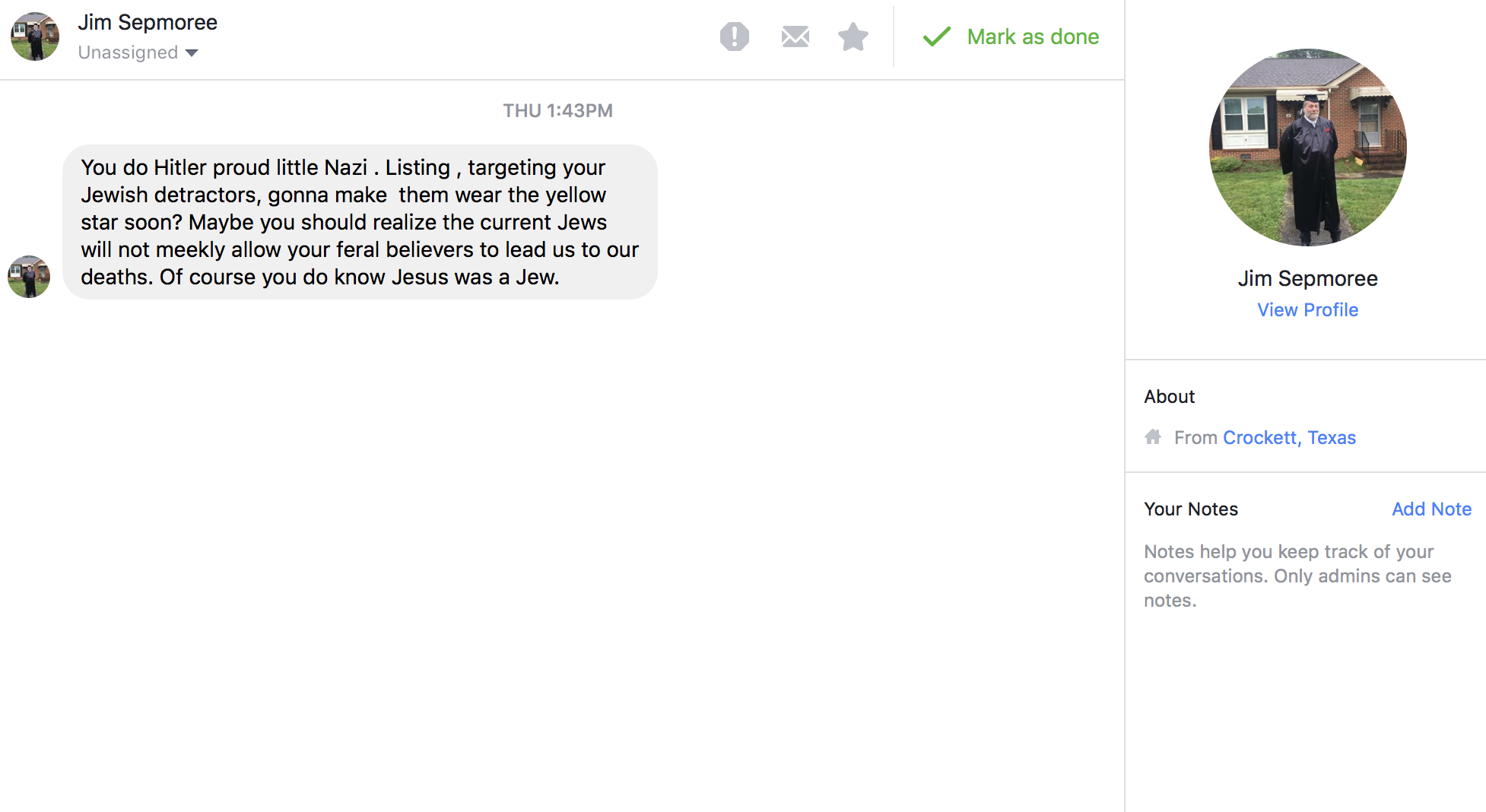 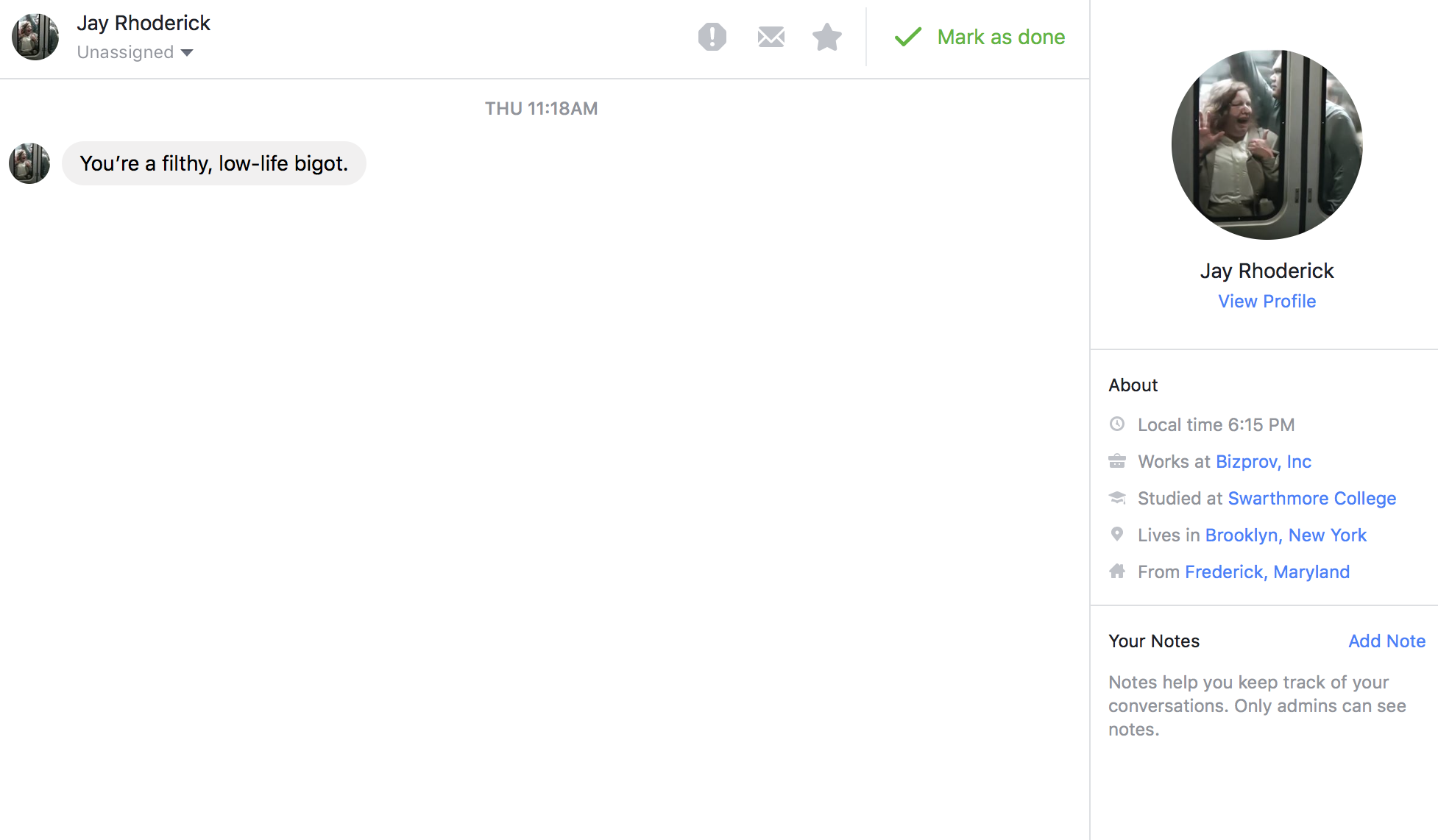 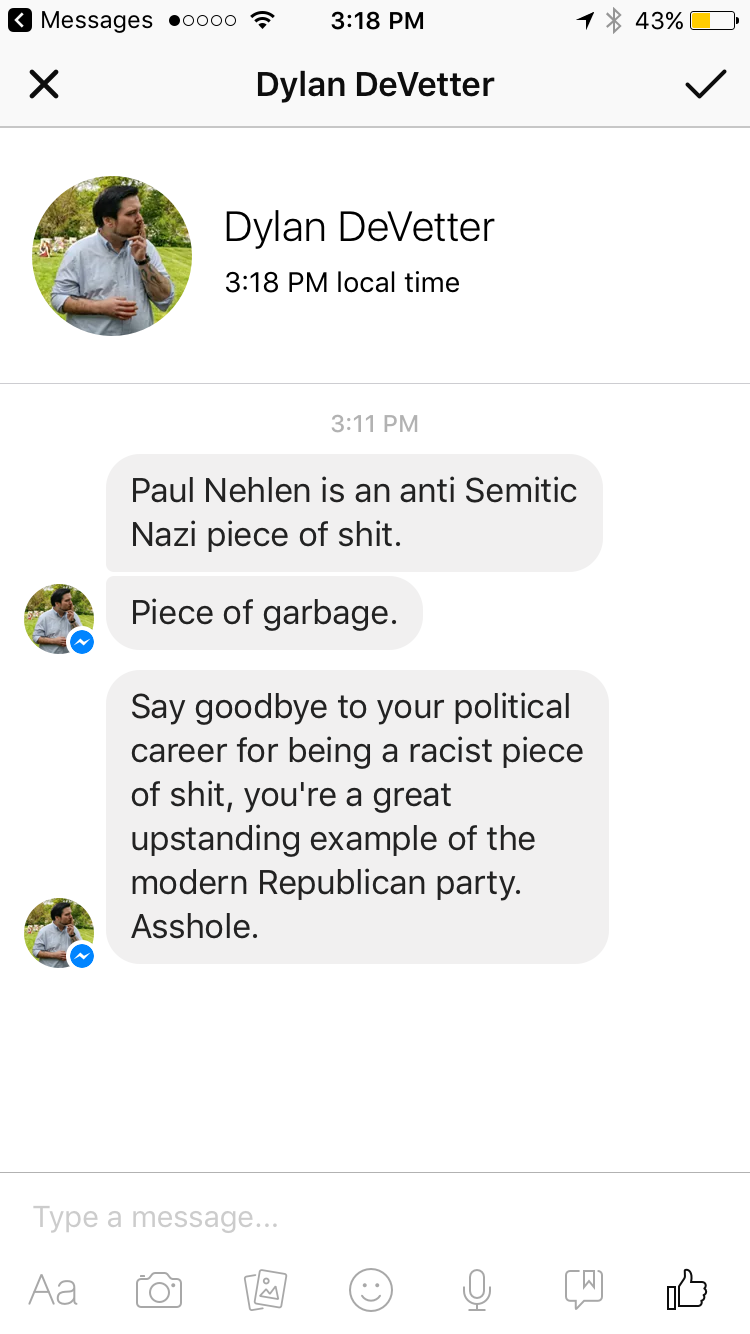 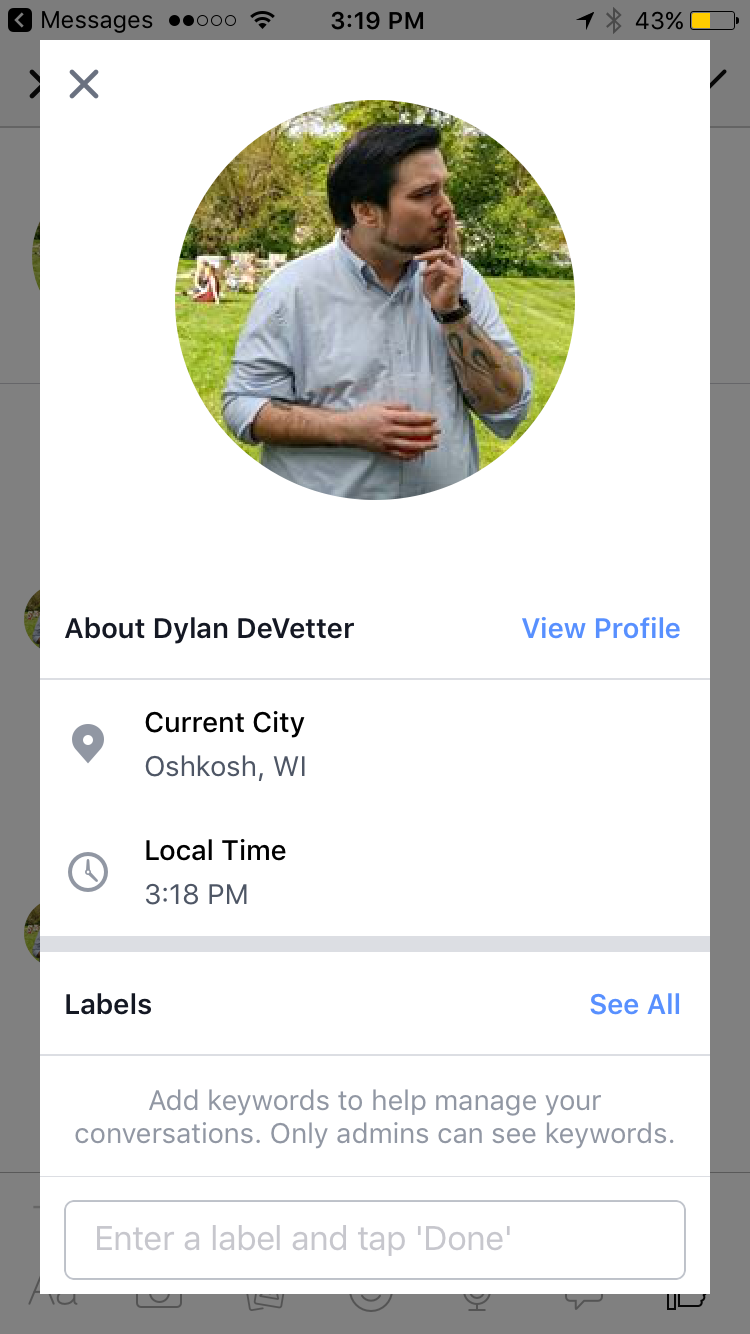 Hey, Paul, my name is Jonathan Goldstein calling you out of Florida if you could tell by my name. I’m Jewish and I would just like to let you know that I really hope one day. I get to meet you. I really do I can’t wait to meet you in person. You are a real tough guy with the bully pulpit, and I want to meet you in person just to see how tough you really are my number is on your machine feel free to call me back anytime Pal. I just am Salvador. At the idea of meeting such an amazingly wonderful human being such as you give me a call sometime sweetheart. I’d love to talk to you. Bye, bye.

Please tell you candidate to shut his face. He is a sub-human.

Sent from my iPad

You are misinformed and an anti-semite.  Have you no shame for your hatred of human beings.  You spread lies and hate and then try to harass  people by publishing their phone numbers with out their permission.  You will never win an election because I believe you do not have a soul!!!
love ya, Sara 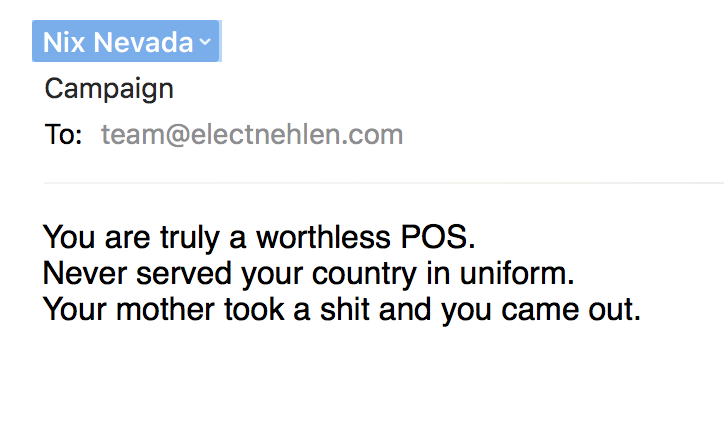 Hi there. I recently contacted your campaign and then received a text message from Wisconsin saying Hitler did nothing wrong. So I was curious would you like me to contact Jew media to let to let them know that your campaign is giving, uhh, is is using private citizens phone numbers to harass them? Just curious cuz you know there is a ton, since it’s for deep deep state jews. We can probably have them on speed dial. I can let them know anyway would love for you to call me back, or you could just text me that Hitler did nothing wrong again either one.

Hi, I’m just calling since your boss Paul Nehlen likes to talk so much about how Jews run the media. I was just curious, is a Jew currently head exec at Fox news? At CNN? At MSNBC? At ABC? At CVS? At NBC? Do the Jews own the Washington post? is the executive editor of the New York Times a Jew? I think you can imagine with the answer, it’s answers know so next time we’re going to go off with your, your, and I know you hate being called it, but antisemitic BS, Maybe you should get the facts right, or perhaps perhaps only Jews like using facts. Well anyway, you people are terrible humans and pathetic excuses for Americans, have a horrible afternoon.

You dick, you fucking pussy, talk more shit about Jews and see what happens.

This message is for Paul Nehlen just wanted to say that you are a racist pig, and do not shouldn’t even be considered a human being thank you. Bye. 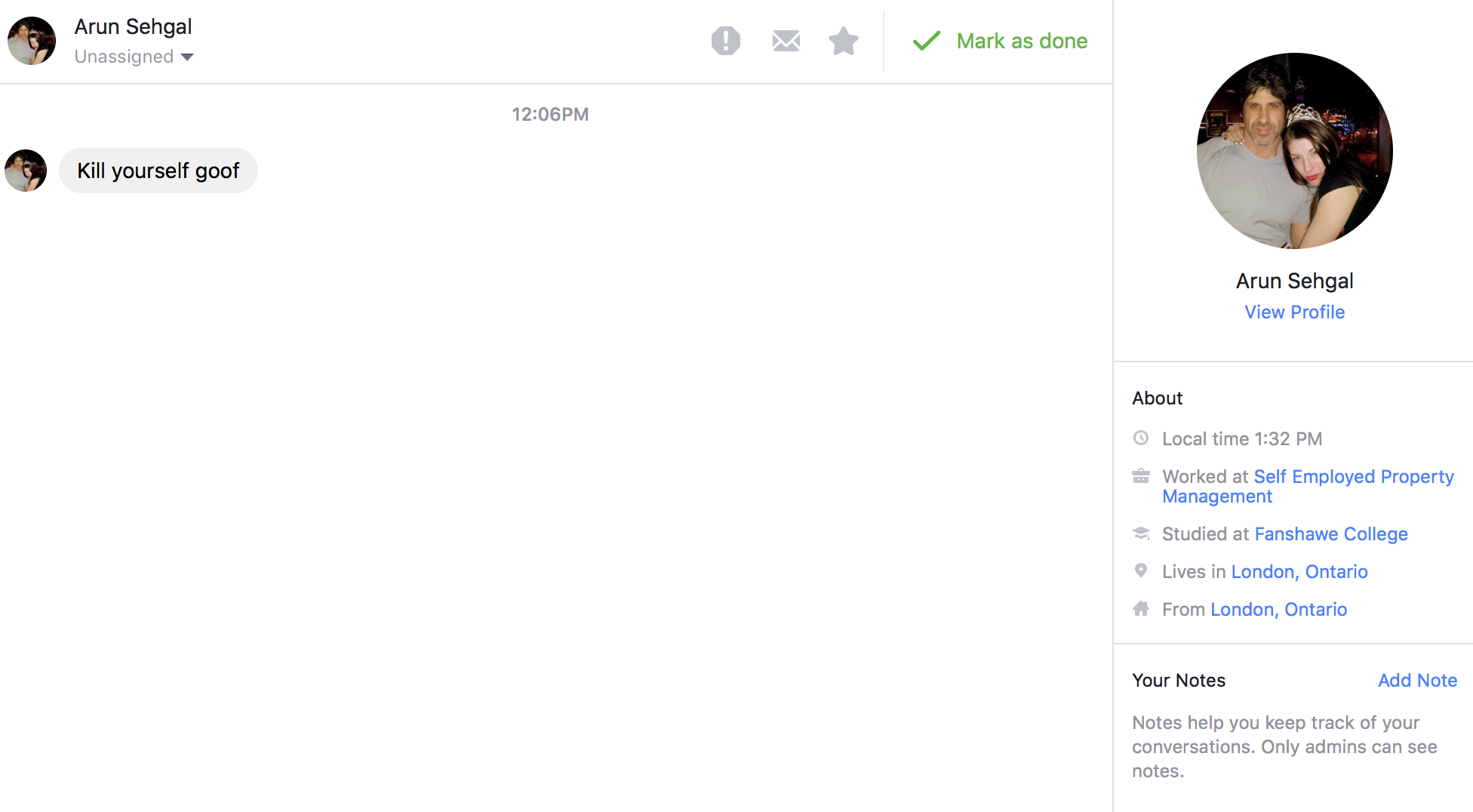 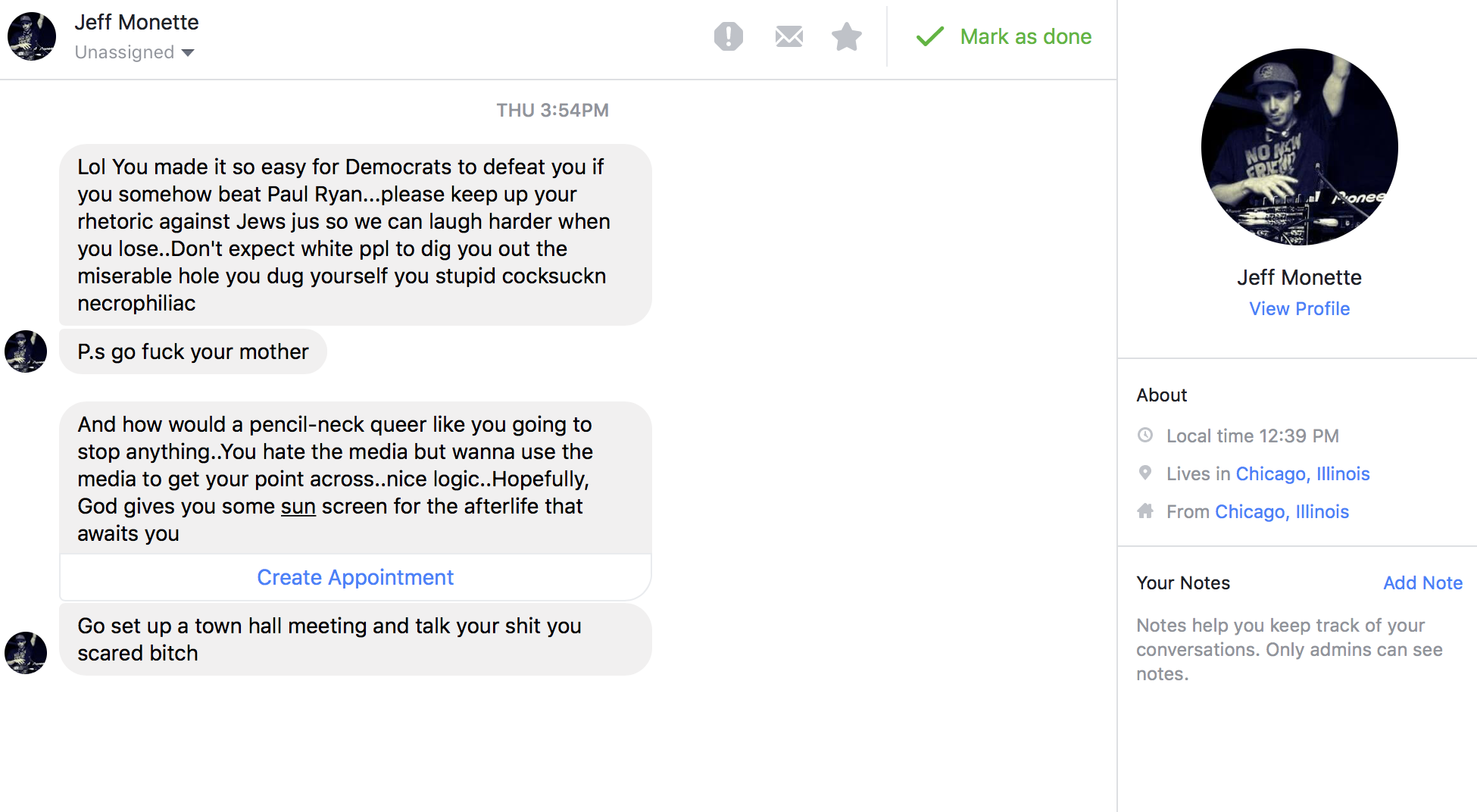 This message is for Paul Nehlen just wanted to say that you are a racist pig, and do not shouldn’t even be considered a human being thank you. Bye.

Hi, this is Andy sloan Mr. Nehlen your racism and anti Semitism are disgusting profound anti American and fomenting hate which will only serve to divide us. I suggest you stop your run because America is better than you. Jewish people are well many of them are white including the one you accused of pretending to be white on Twitter, so Please go away, please shut up. You are disgusting. Thank you.

Yes, please tell Mr. Neilen that he is a racist piece of crap.

Fuck you, alright. Fuck white supremacy Fuck Paul Nehlen and fuck you for supporting them piece of shit.

Hey, Paulie, what’s up? Hey? I just wanted to let you know that well. I wanted to ask you a question. Do you like black and white stripes or do you like the orange jumpsuit because the only thing that I see the fashionable this season or not seems like you are those two options. So what’s it going to be just let me know and you know we’ll we’ll go shopping and get you a nice little jump suit and we’ll try you behind bars for comments like you did for the post reporter. You should be fucking ashamed, and you should rescind your candidacy for congress. Telling a reporter to eat a bullet is a threat. Go fuck yourself. You fucking asshole. Eat a bullet fuck you. fuck you, you fucking Nazi. That’s all you are. 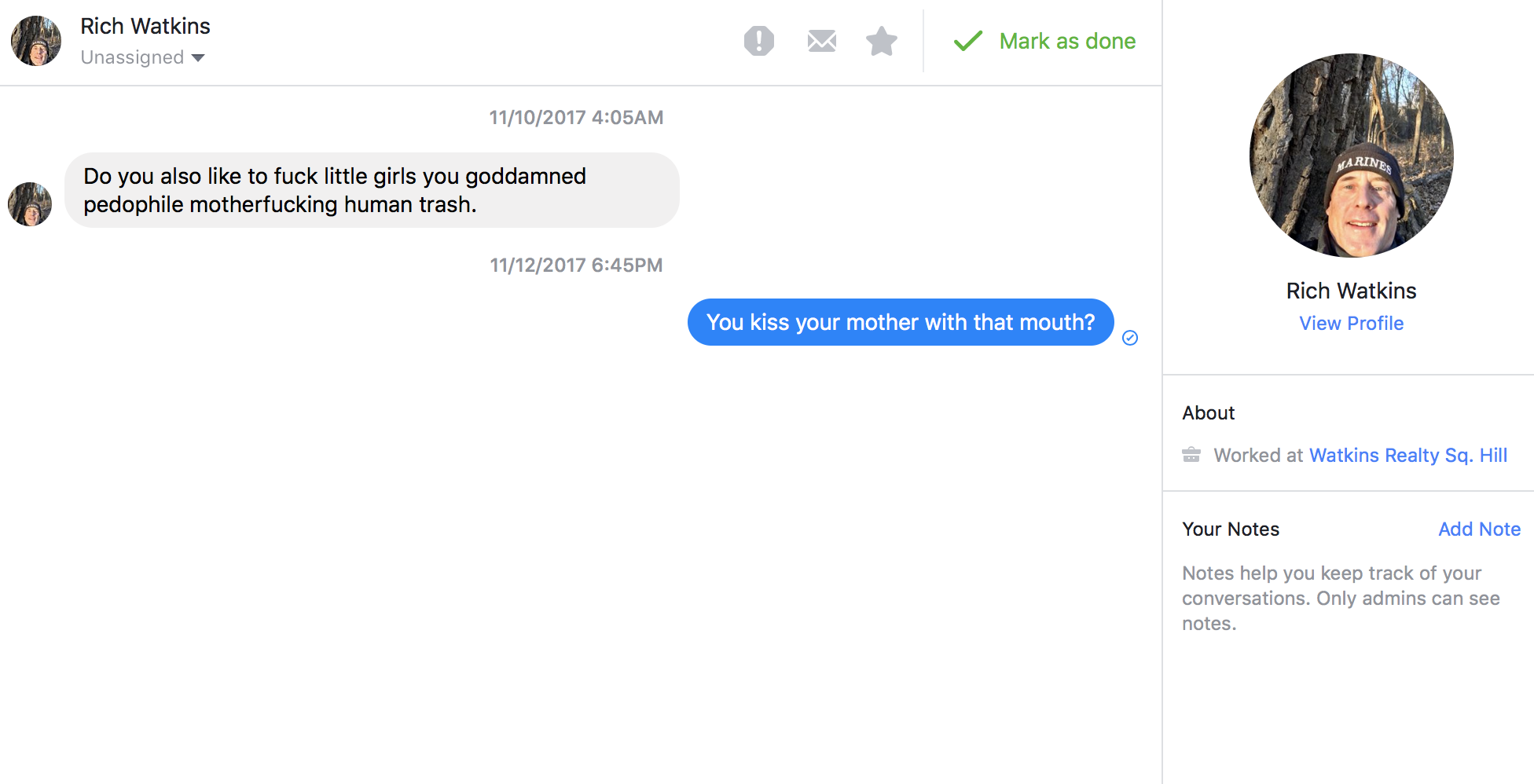